Akrilika Company took part in the International Exhibition of Furniture, Components and Upholstery Materials - "Mebel-2017" in Moscow, Russia (November 20th-25th, 2017). Mebel Expo is the leading trade show in Russia and one of the largest exhibitions in the Eastern Europe. This year more than 760 companies from 28 countries exhibited there.

Akrilika's booth was designed within the framework of 'A Magic Future' concept. Presented for the first time during Mebel-2015, the concept is based on the principles of minimalism and two-tone environment. All of the central objects, fabricated with solid surface, either 'The Arch' at Mebel-2015 or 'The Bottle' at IMM-2017 and INTERZUM-2017, were breathtakingly beautiful against the dark graphite walls. 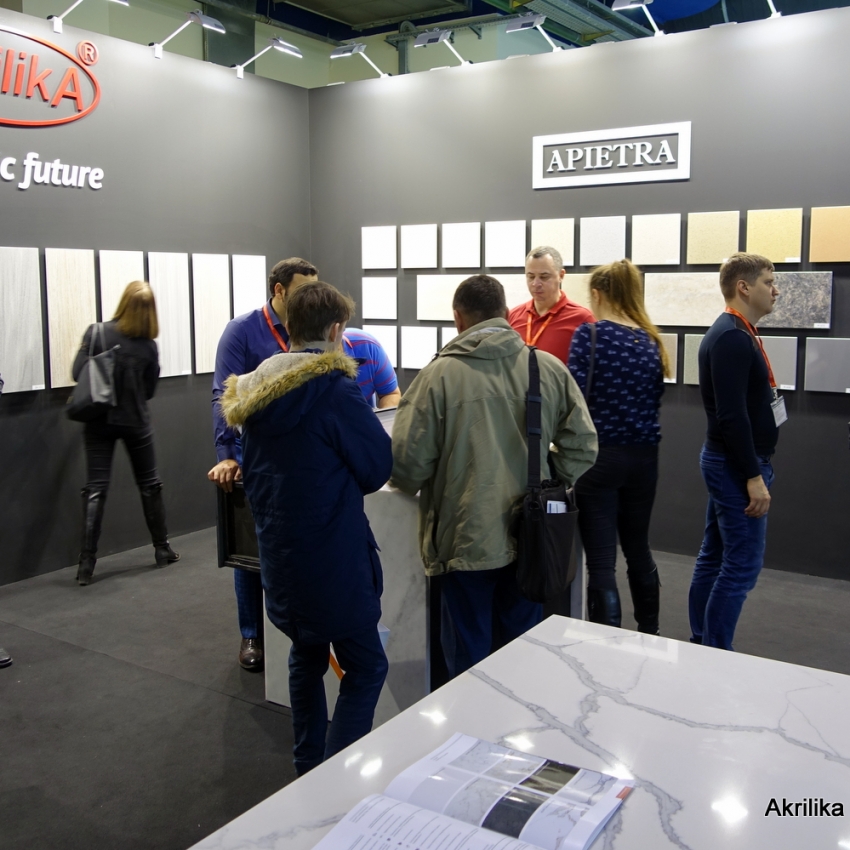 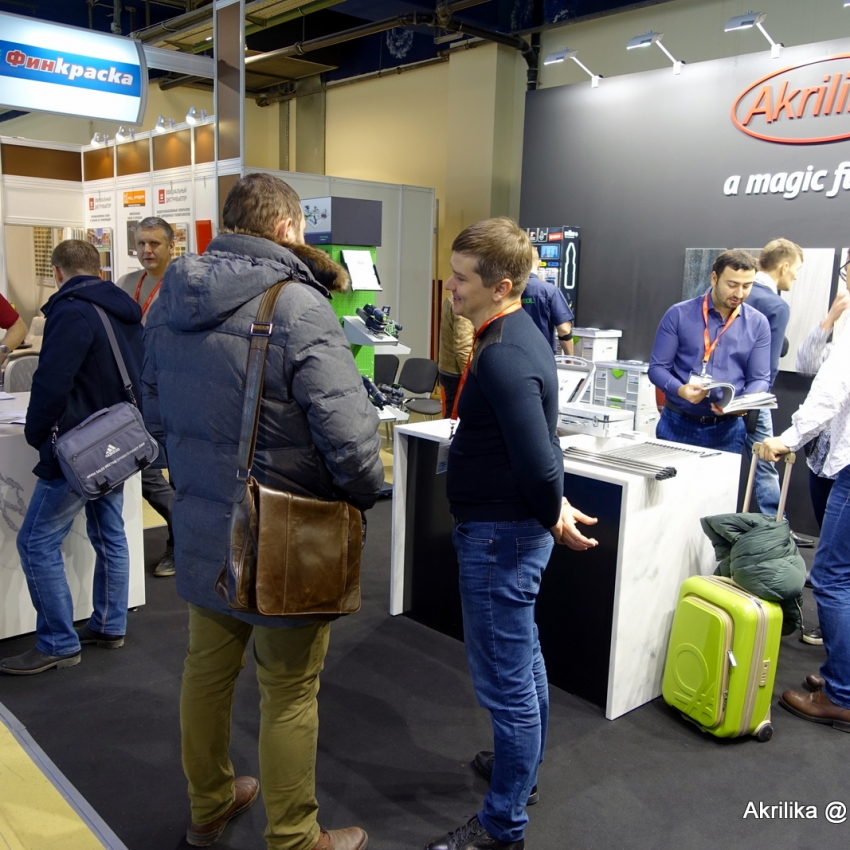 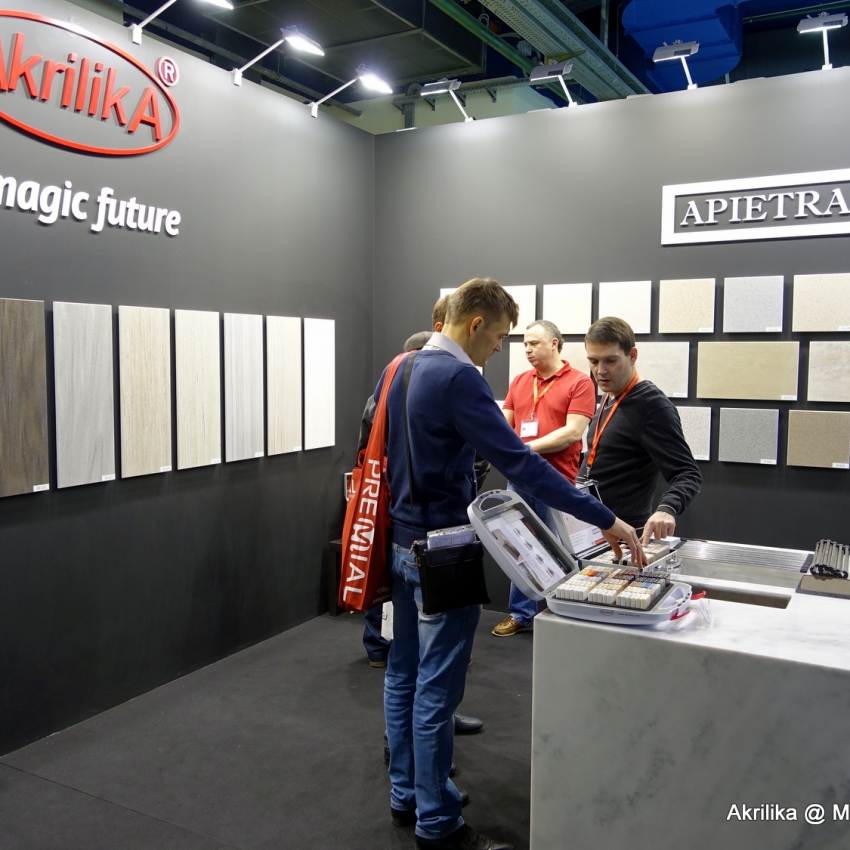 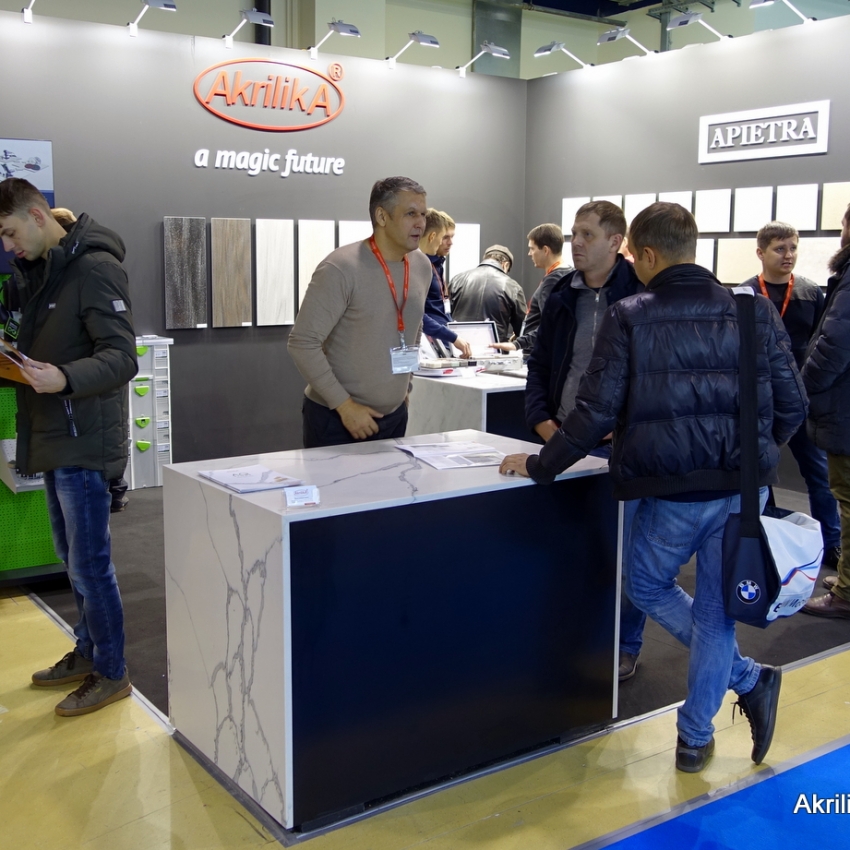 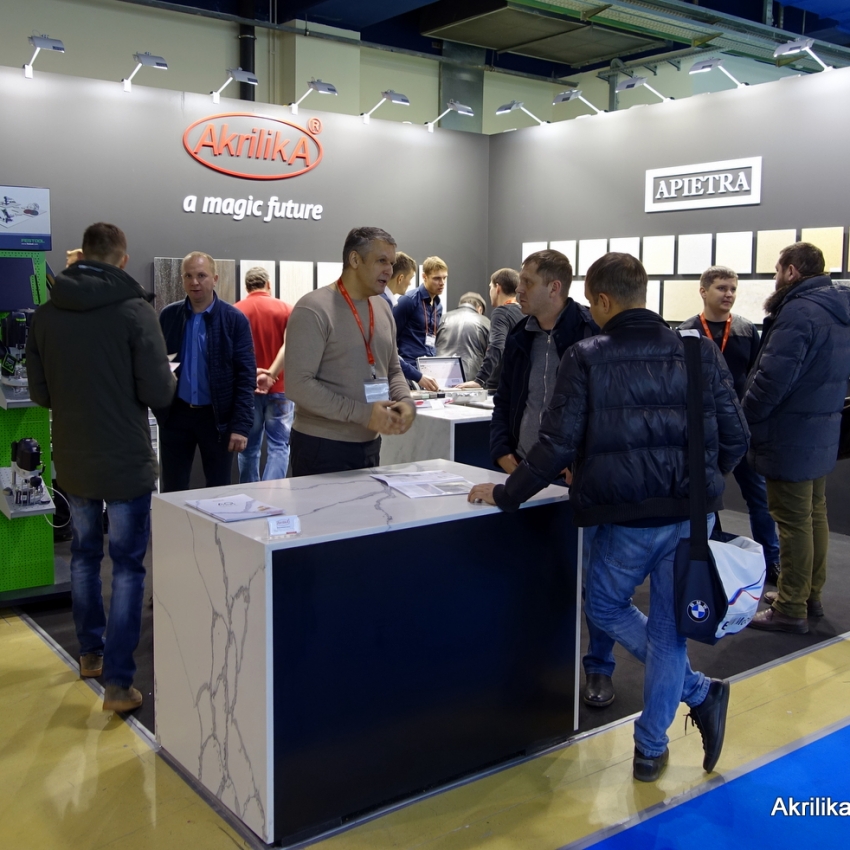 This also holds true for the Akrilika's booth at Mebel-2017. Specially fabricated for the Show, two compact stands were in the highlight of the booth. One of them was reveted by Apietra's bestseller color - M649 Lion Gong, another one - with a gorgeous AQ Stone AQ-008 Calacatta Silver quartz surface. 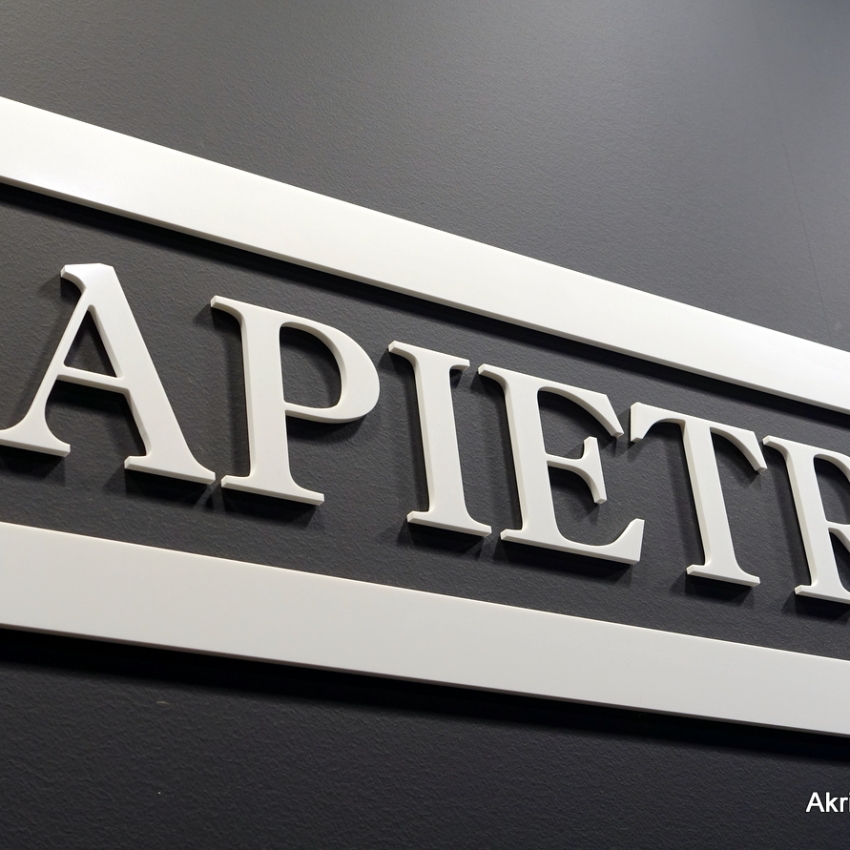 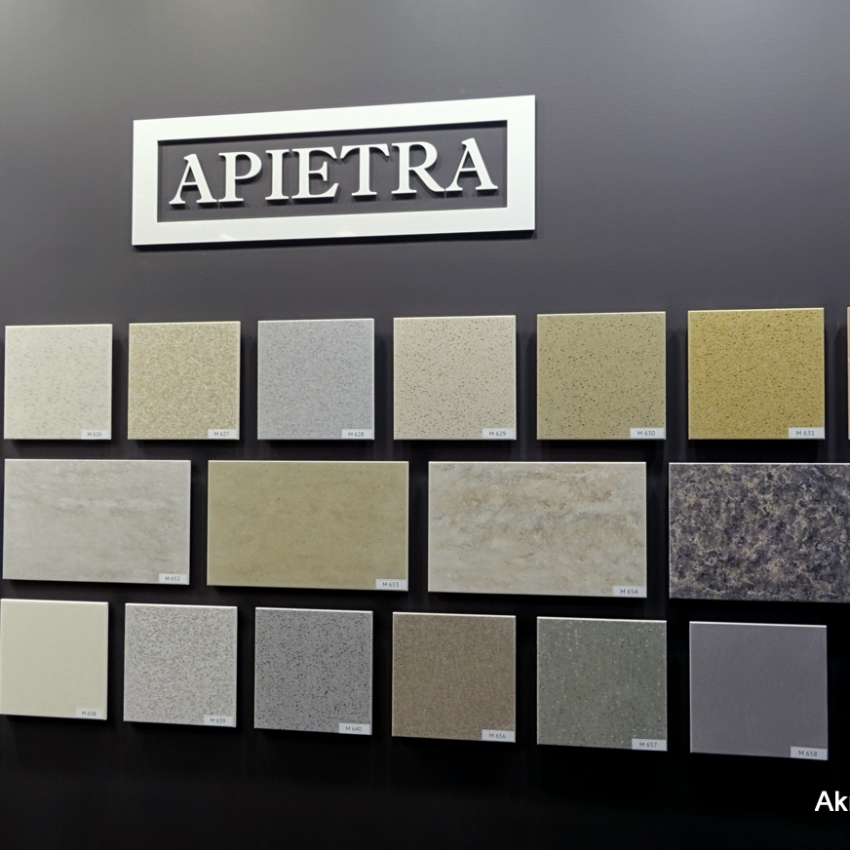 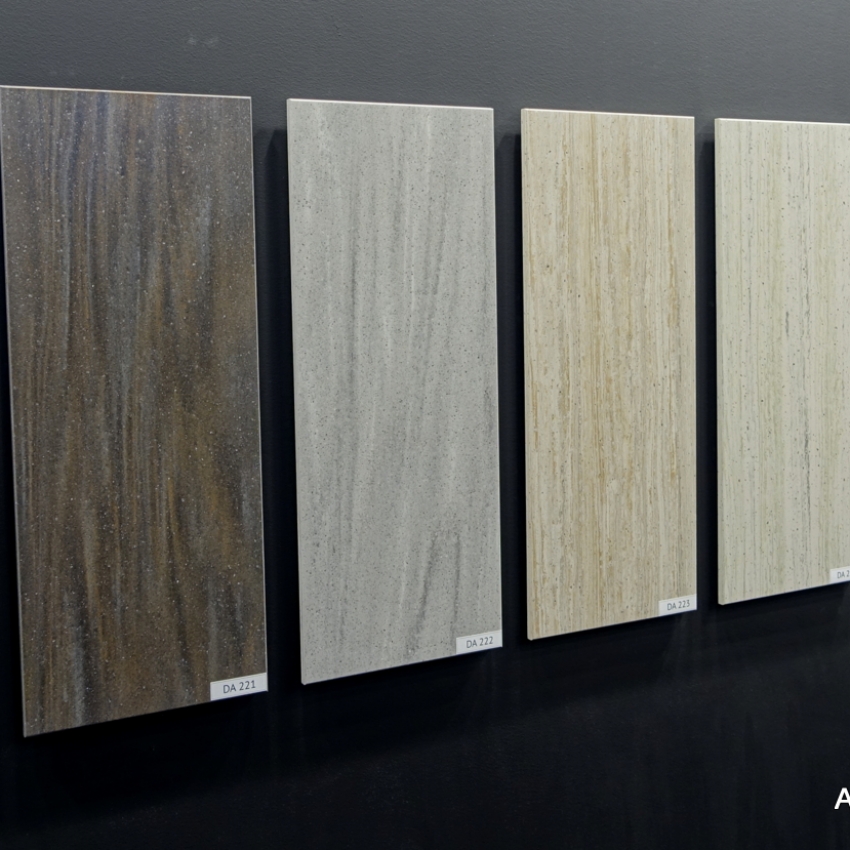 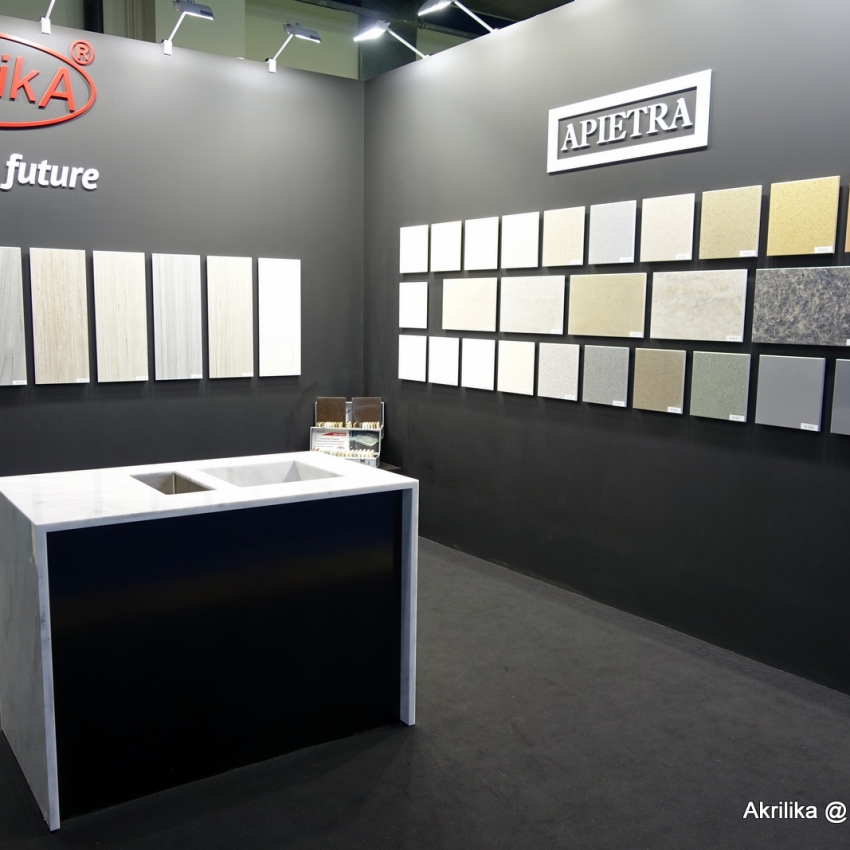 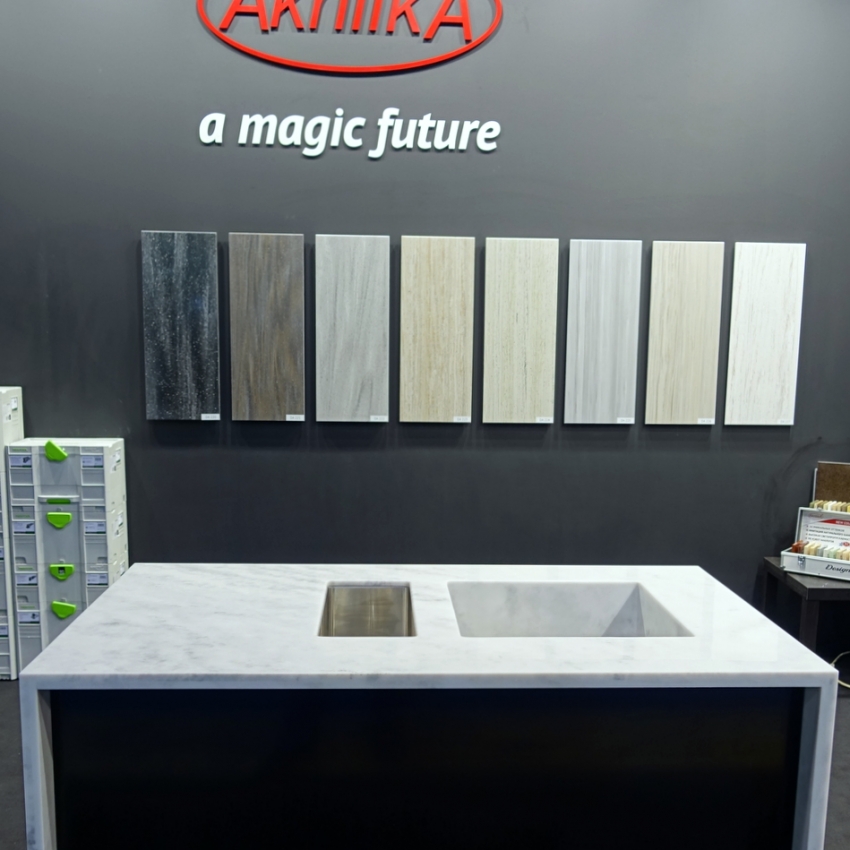 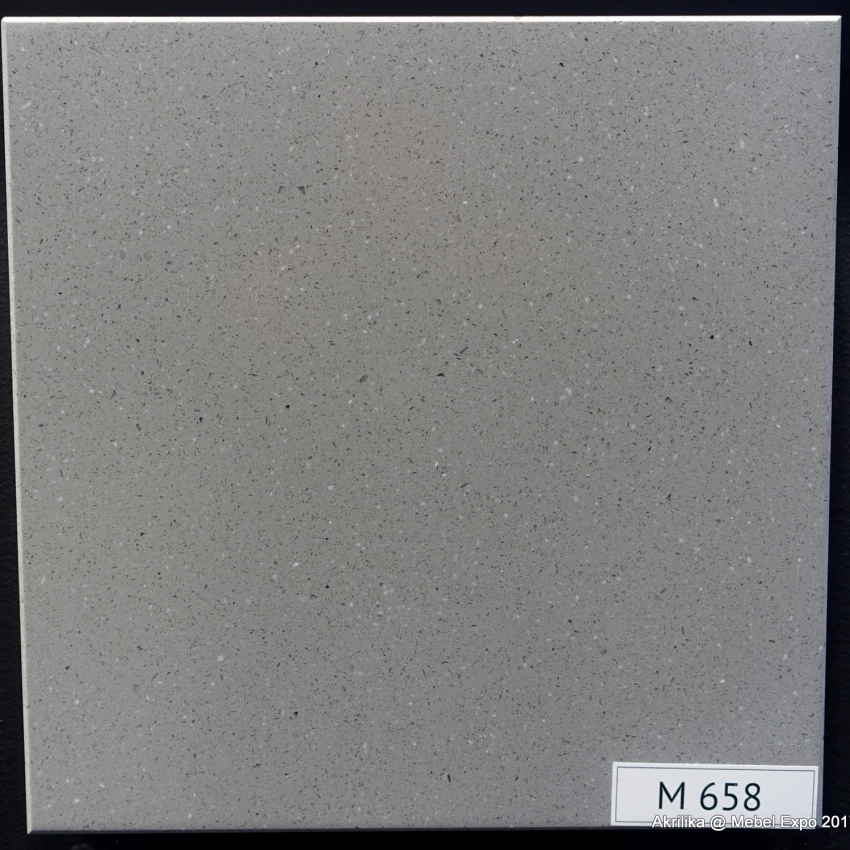 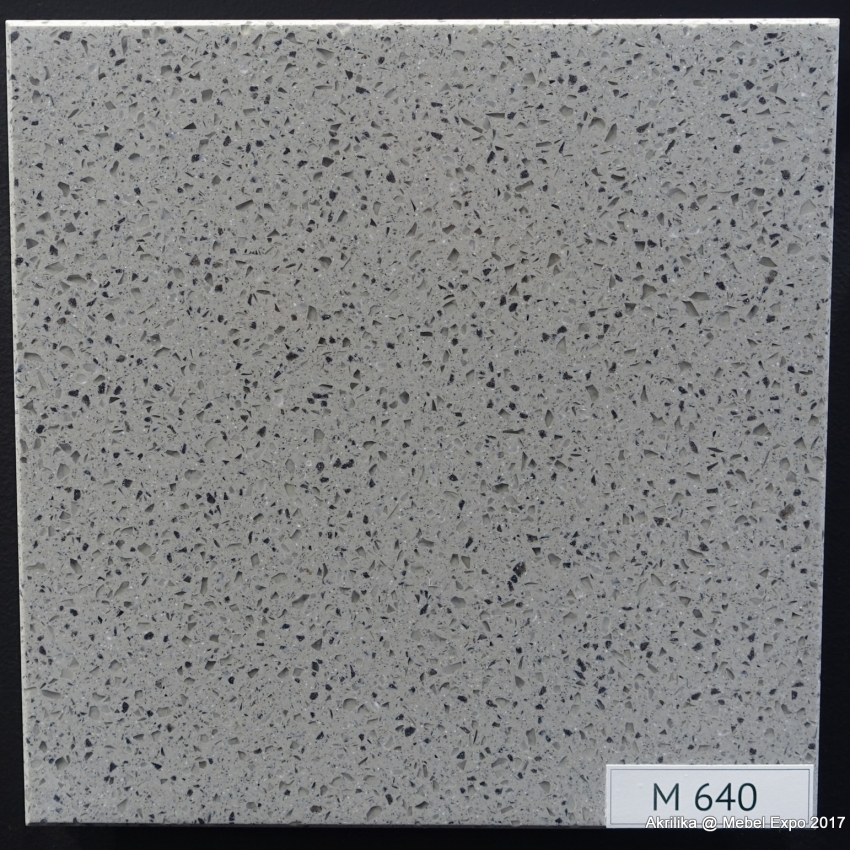 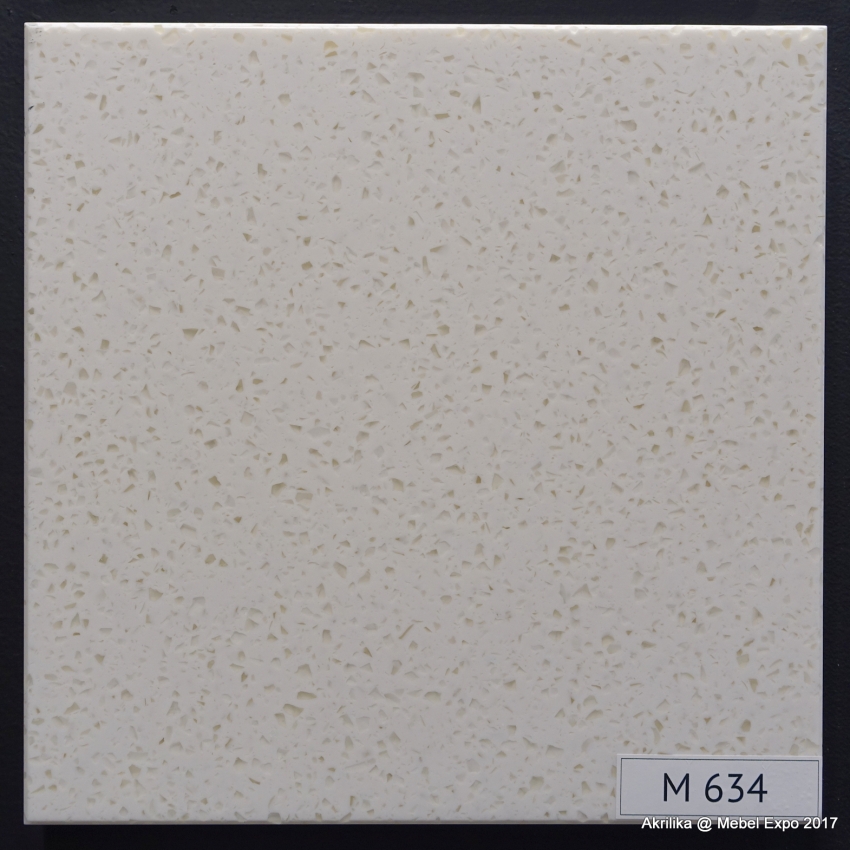 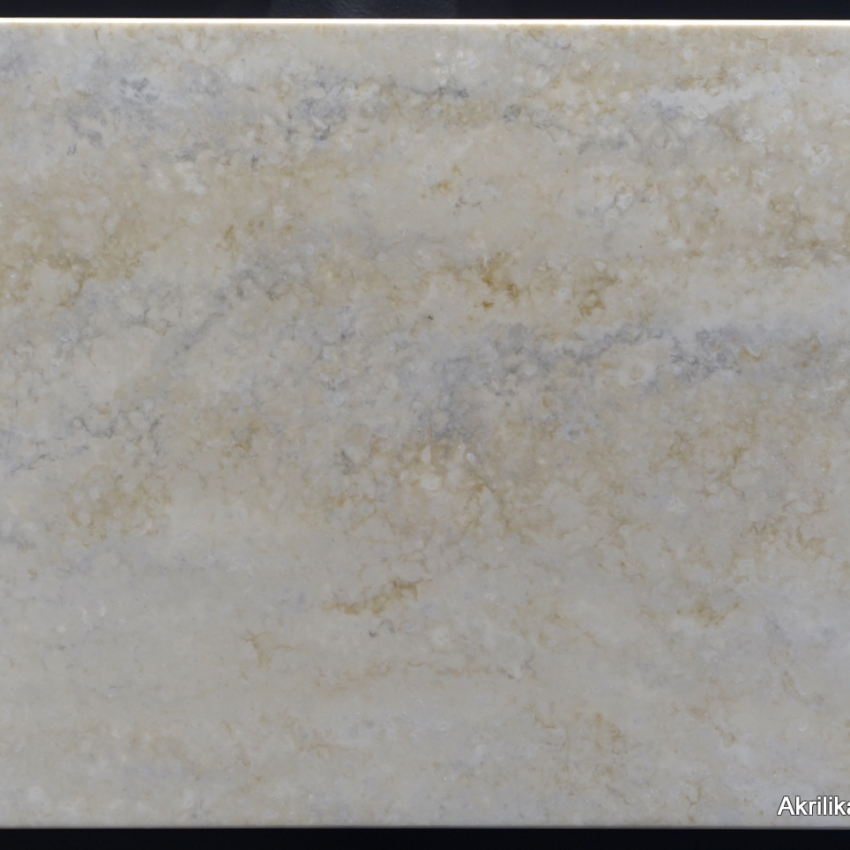 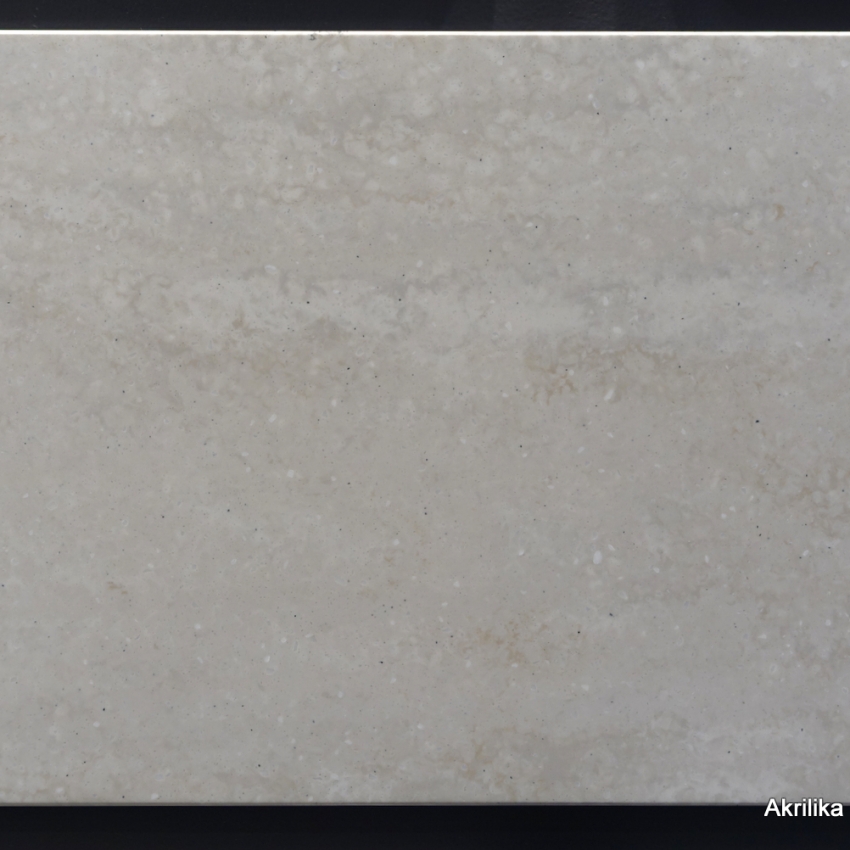 During the expo, Akrilika introduced new colors of Apietra. This popular collection is going to be 'self-eficient' from 2018 on. Lots of greys, beige colors, veined textures and patterns with translucent particles will almost double the existing 30 Apietra colors. Most of them were presented at the booth and were of high interest for the visitors. 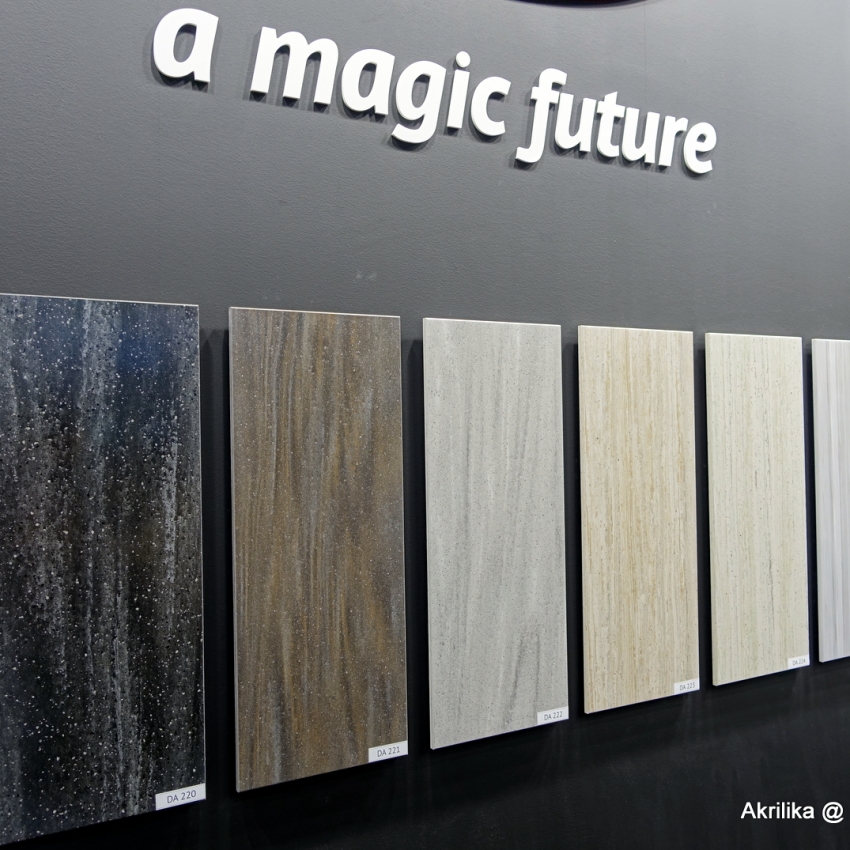 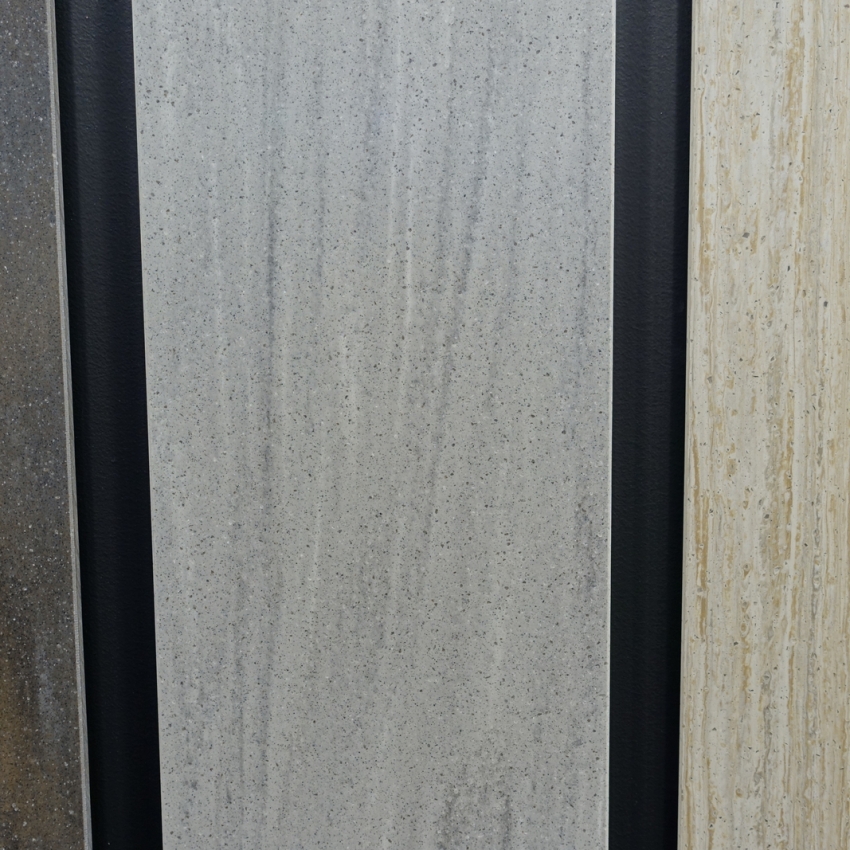 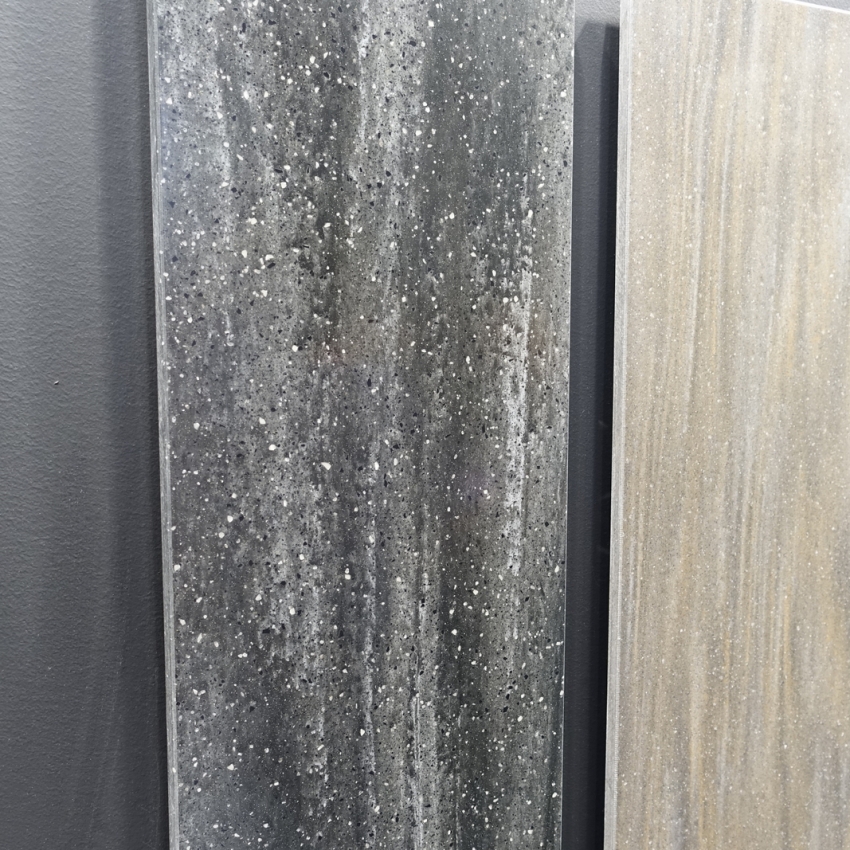 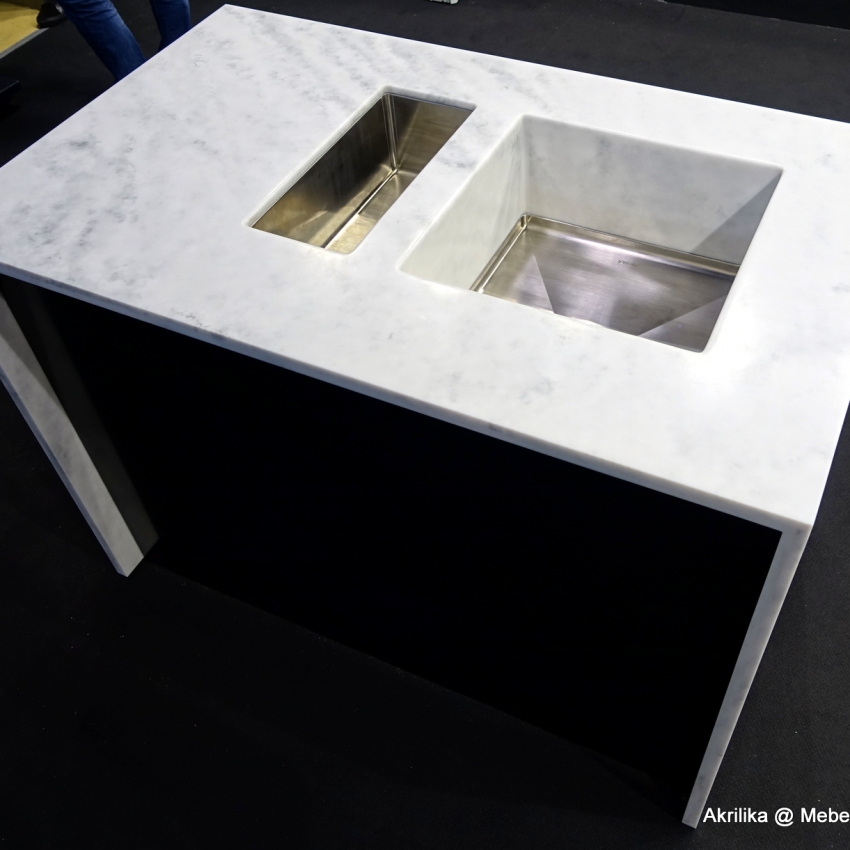 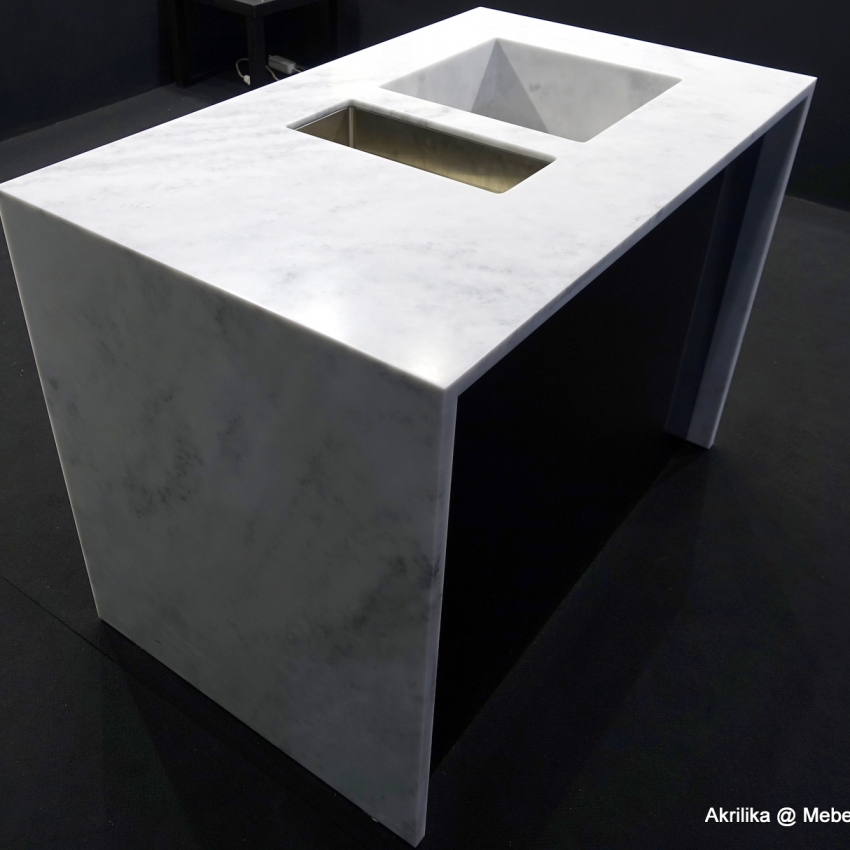 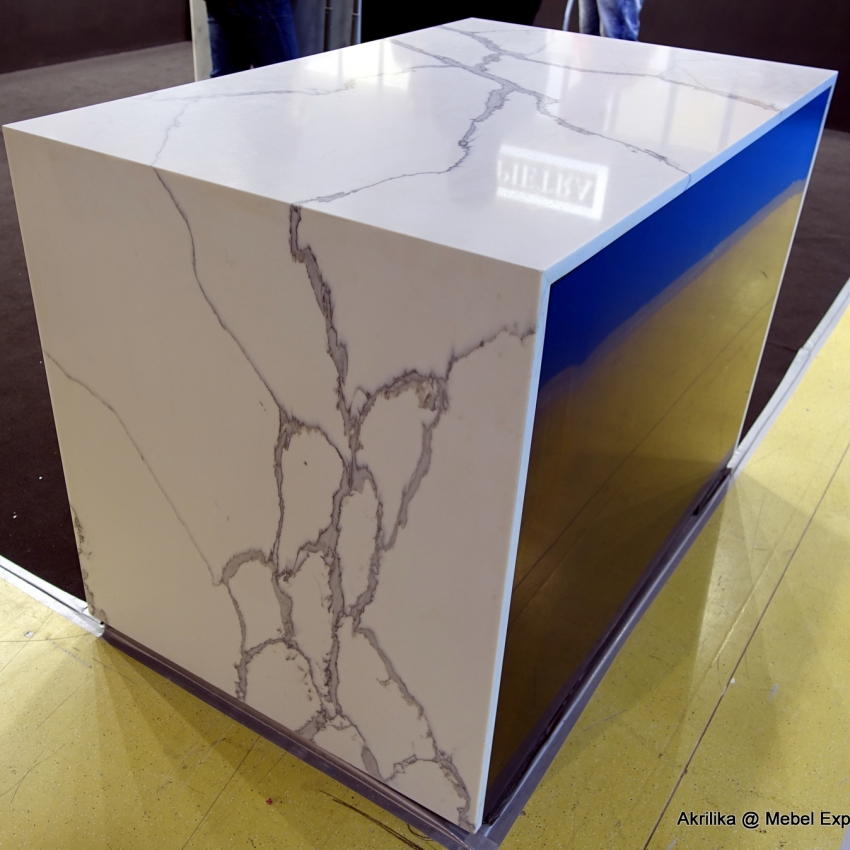 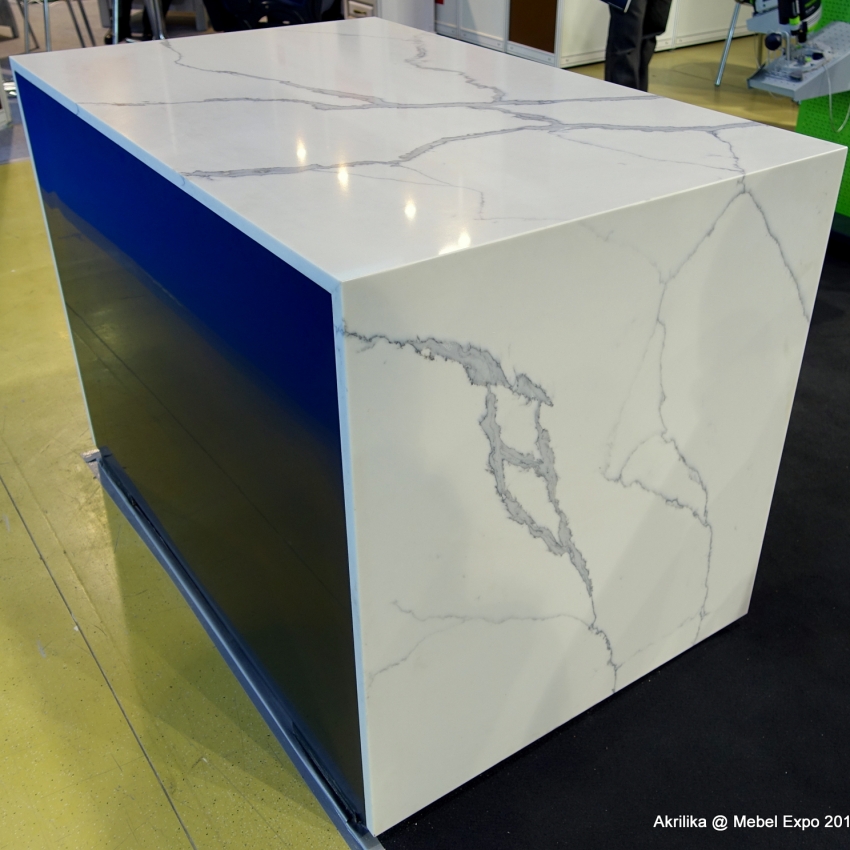 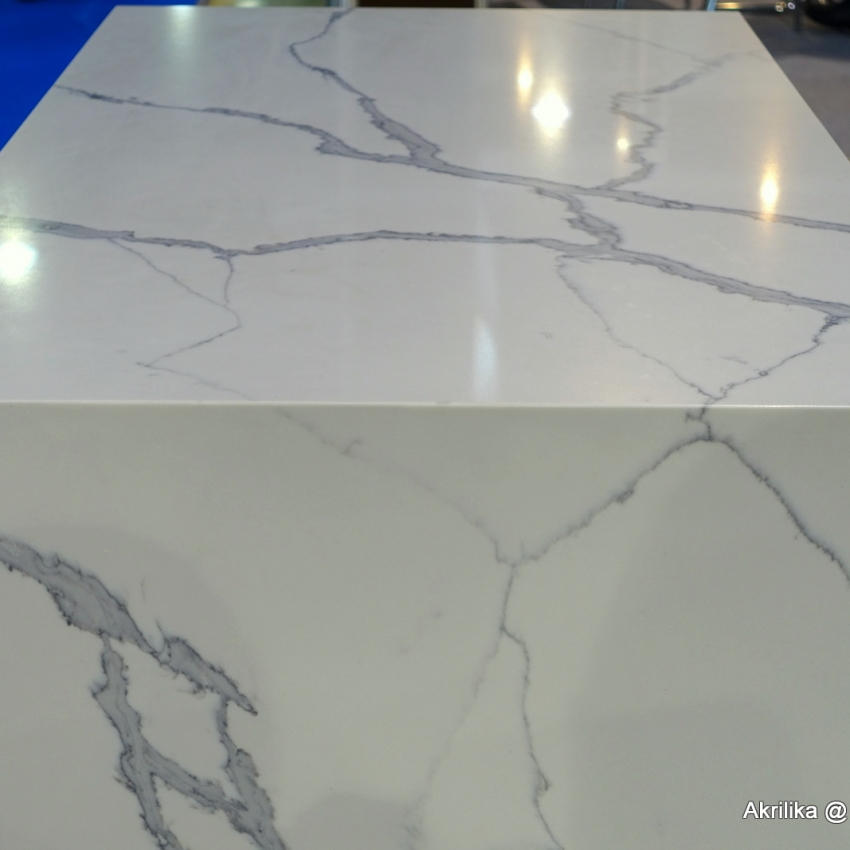 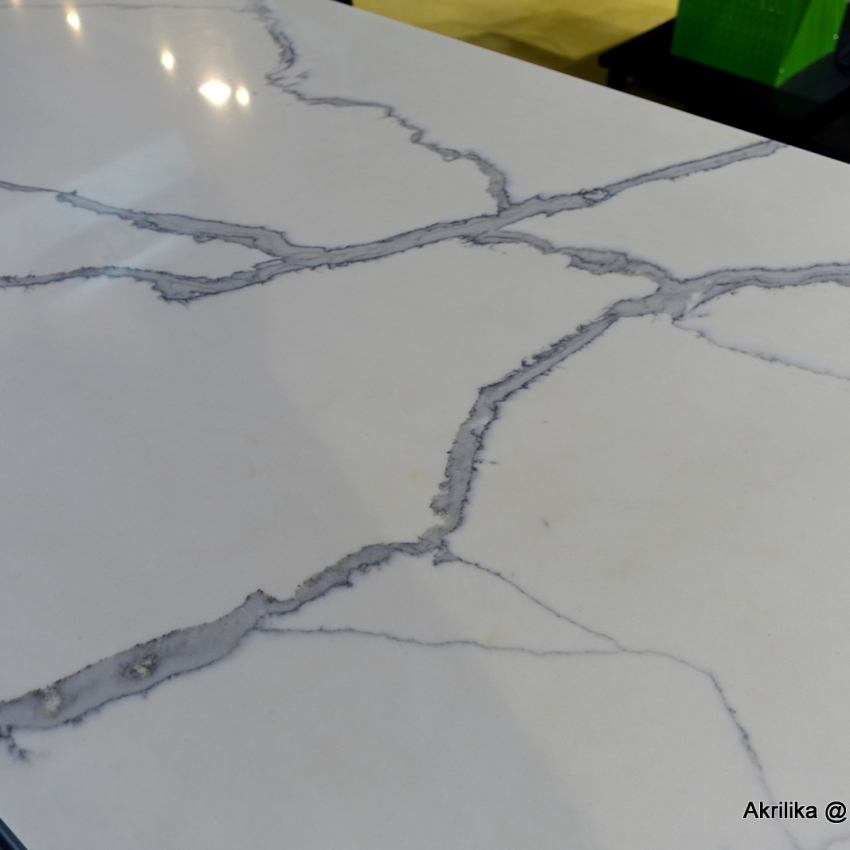 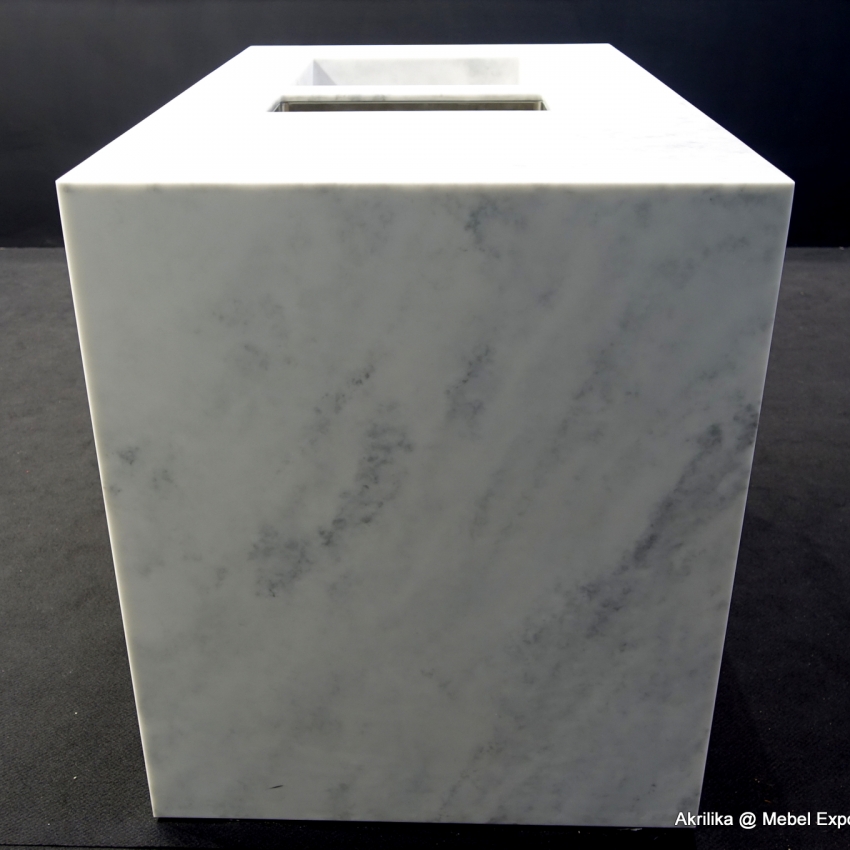 Akrilika is proud to present 7 new colors to our pure acrylic solid surface collection - the Design series. 5 of 7 colors are reminiscent to a natural wood,…
18.01.2021

Since the beginning of 2021 Akrilika has launched 6 new colors to its low-budget modified acrylic collection - Apietra series. 3 colors reminiscent of concrete…
10.08.2020

Akrilika launches the Visualizer - a digital product which can be a useful tool for fast visualization of a kitchen interior. 83 colors of Apietra series…
Copyright © 1997 - 2021 Akrilika Company